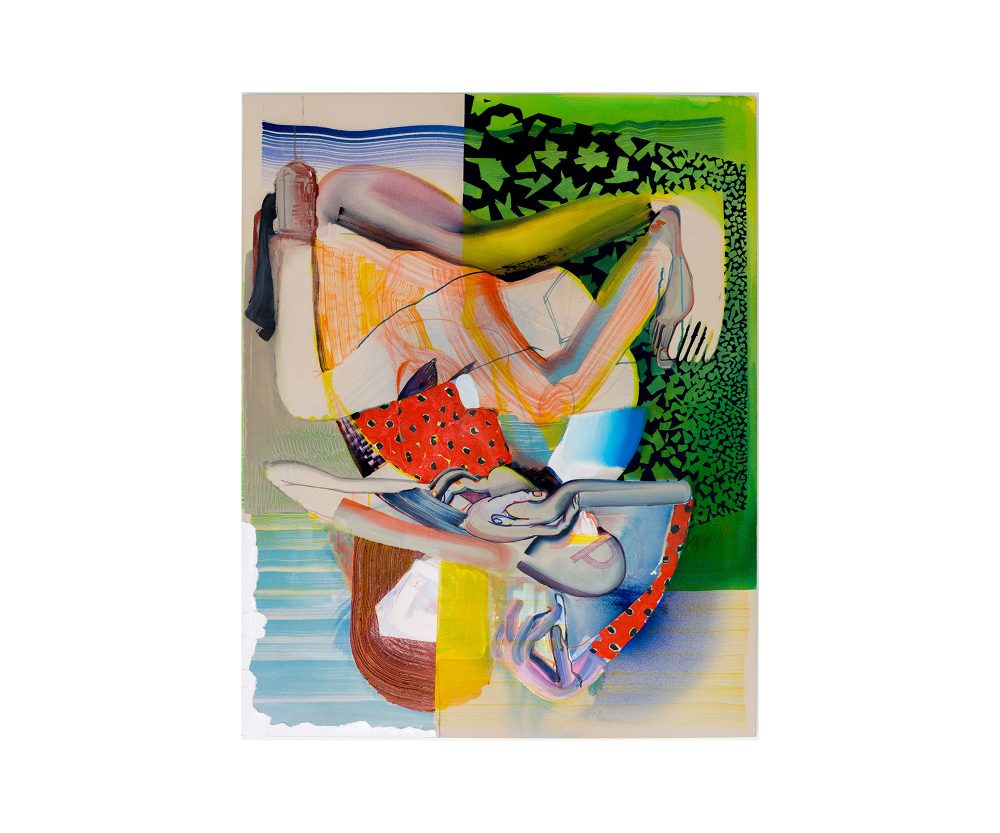 “Legibility teeters on the edge of lack and excess—when we lack information about a thing, it is vague. However, as information accumulates, the risk for contradiction increases and legibility tips into ambiguity.”

As a woman of many contradictions, a cis-gender, queer woman, born to a black father and a white mother, Christina Quarles’ life teeters on legibility and can tip at any moment with ambiguity.

The assumptions that can be made about her fair skin undermine the history of her existence and the culture of her father’s side of the family; unconsciously ignoring half of her identity.

Quarles constantly straddles the line between her “place” in the world, and these spaces at the same time being her “displace” in the world. The contradiction of her ancestors has created a fragmentation of the places she can comfortably exist.

Quarles flips the logic of human existence and occupation of a space by placing her subjects in perspective planes that both situate, and bisect and fragment the body; creating spaces where the body seems to naturally exist and spaces where it would be otherworldly to exist in such a way.

Location becomes dislocation as these perspectives marginalize assumptions of any fixed subjectivity of the dismantled body, challenging the viewer to question and contend with the disorganized and varying perspectives and locations of the fragmented figure.

In an attempt to dismantle assumptions of subjectivity and identity, Quarles dismantles every idea of what a figure painting should look like.

The bodies entwine and bend to fit differing perspective planes in a way that is unnatural and physically impossible to result from the movement of our bodies.

Beyond this ambiguity of space, which brings into question the number of figures that are being represented–can the differing perspectives be used to represent more than one figure in a fixed location–Quarles work borders abstraction with colors and hues that are not representational of any skin tone.

Strong contour lines, created with colors from yellow to blue, outline the figure in a way that dismantles any assumptions of skin tone. The impossibility of these skin tones obscure ethnicity, marginalizing identity and its inherent politics of representation.

The overlapping and distorted contour lines frame an analogous edge of the body with an illusionary perspective, precluding the body from being immediately categorized. Identity goes beyond appearance. The differing perspectives, ambiguous skin tones, and contortion of these bodies challenges the viewer to think beyond first appearance when identifying an individual.

“I embrace beauty in order to make paintings that are a refuge for those of us who experience ambiguity on a daily basis—but I also employ beauty in order to captivate and hopefully unlock the potential for ambiguity within those who have never had cause to question their own identity position.” 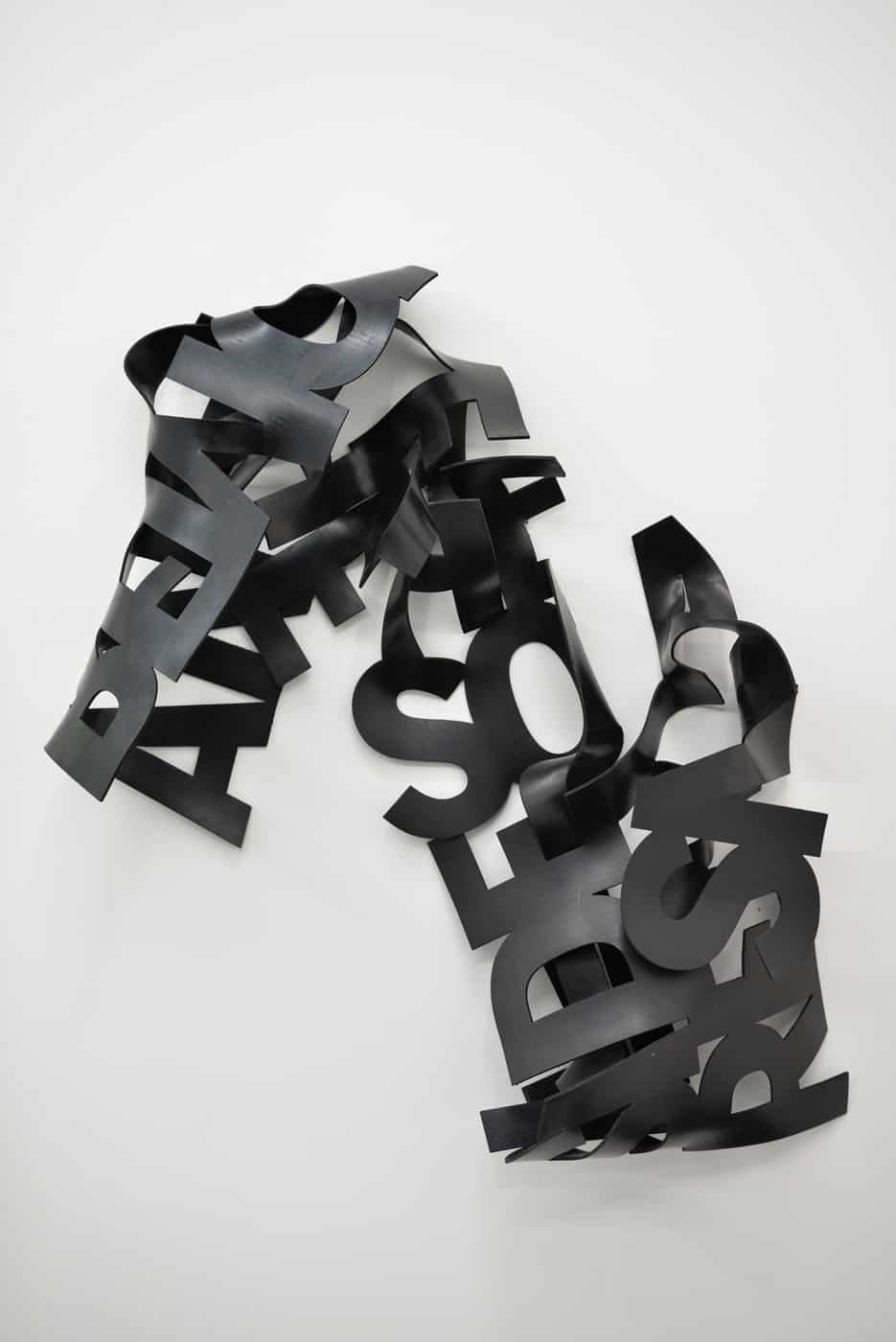 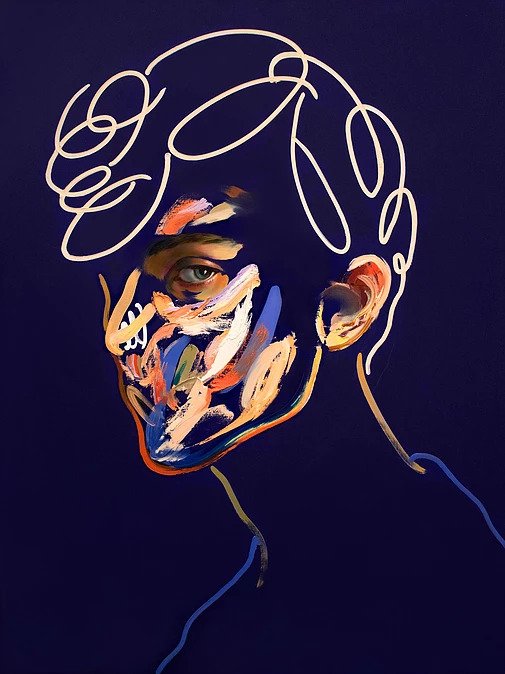